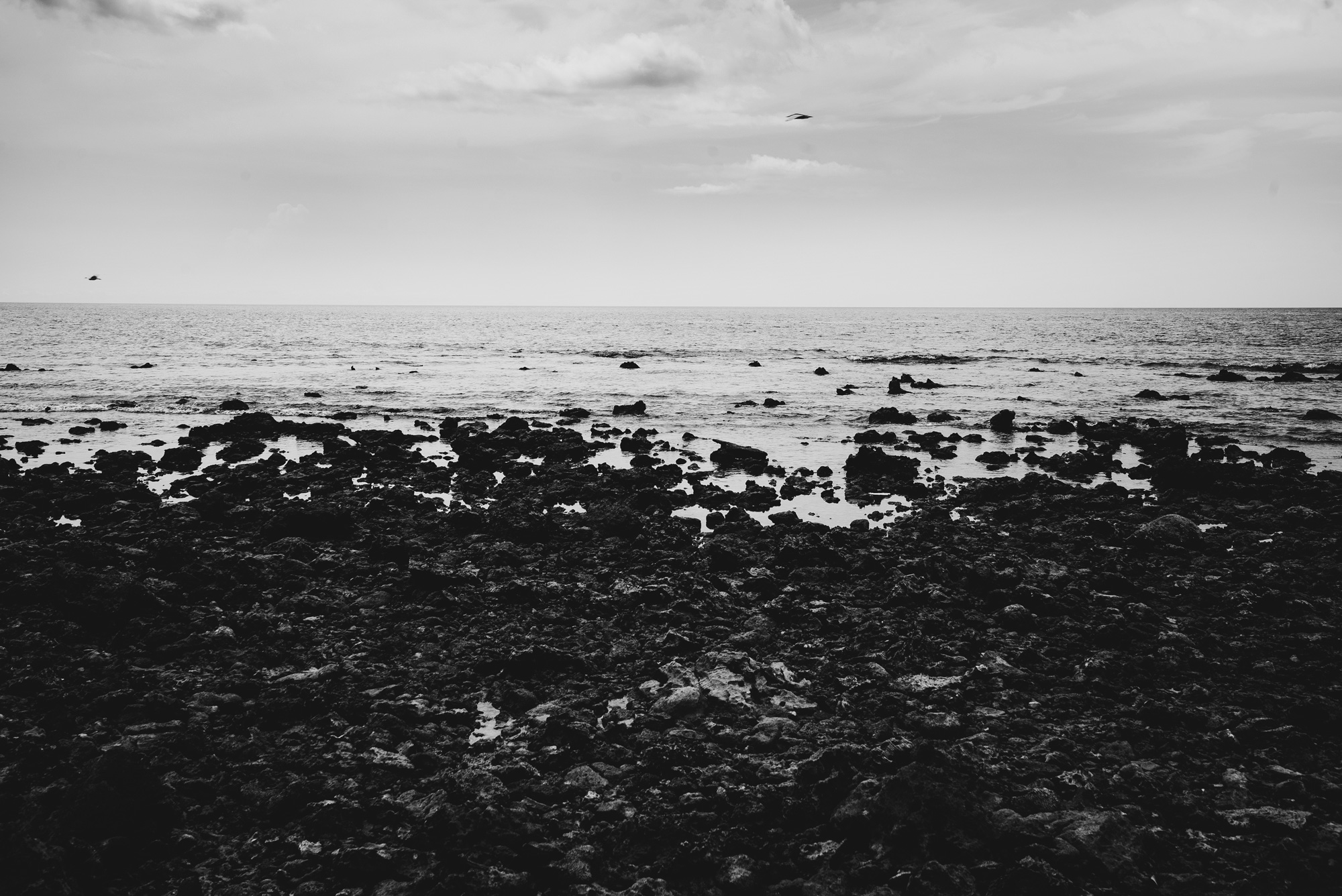 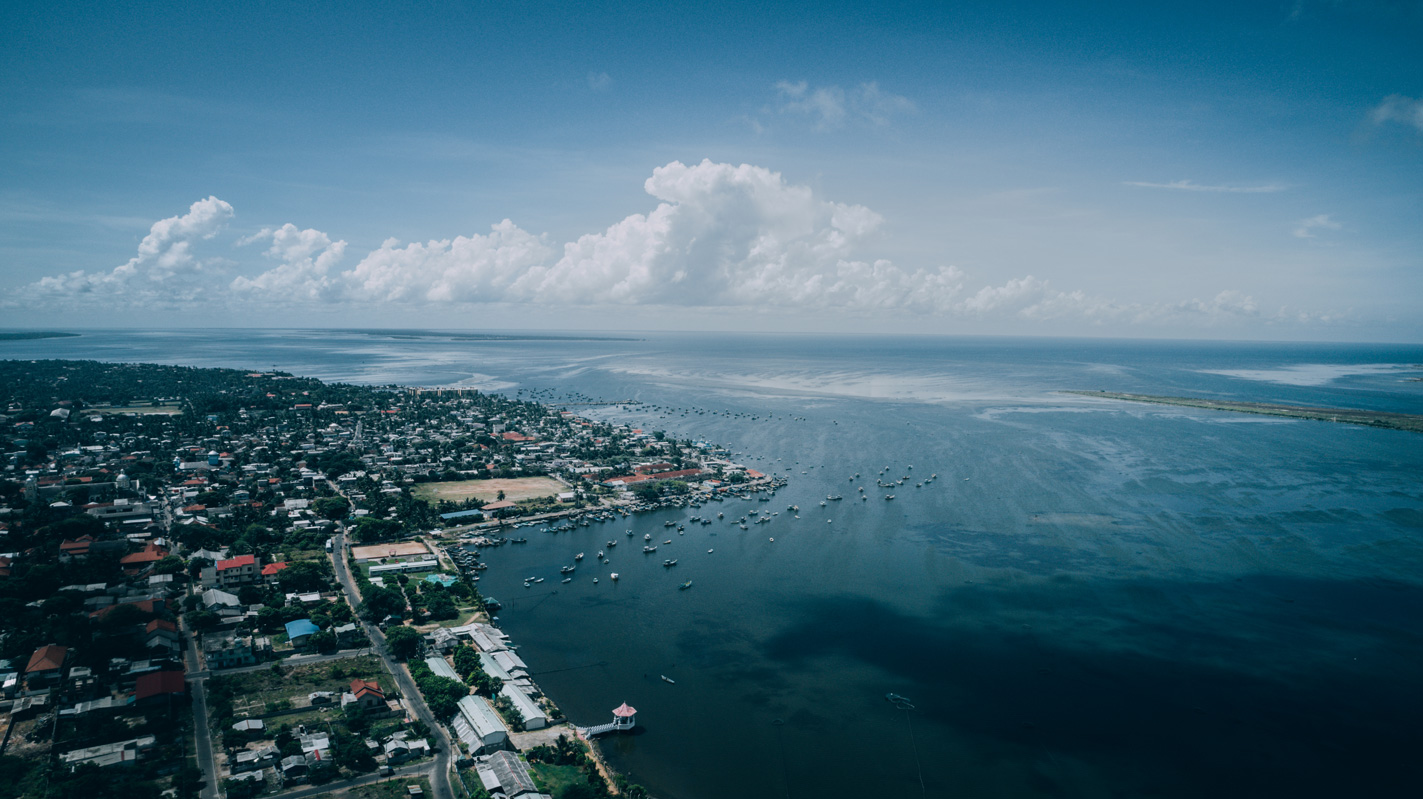 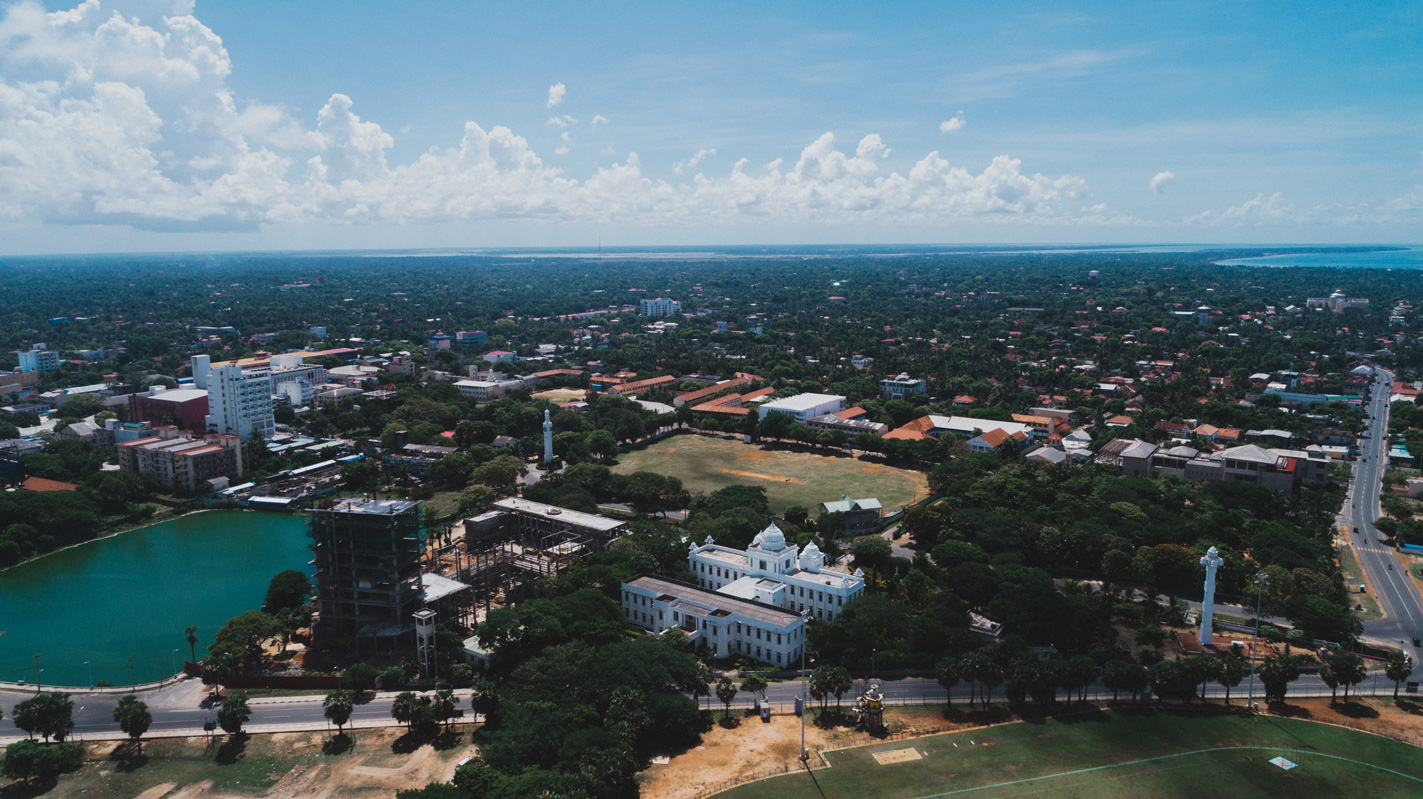 Jaffna Fort, யாழ்ப்பாணக் கோட்டை, යාපනය බලකොටුව is a fort built by the Portuguese at Jaffna, Sri Lanka in 1618 under Phillippe de Oliveira following the Portuguese invasion of Jaffna. 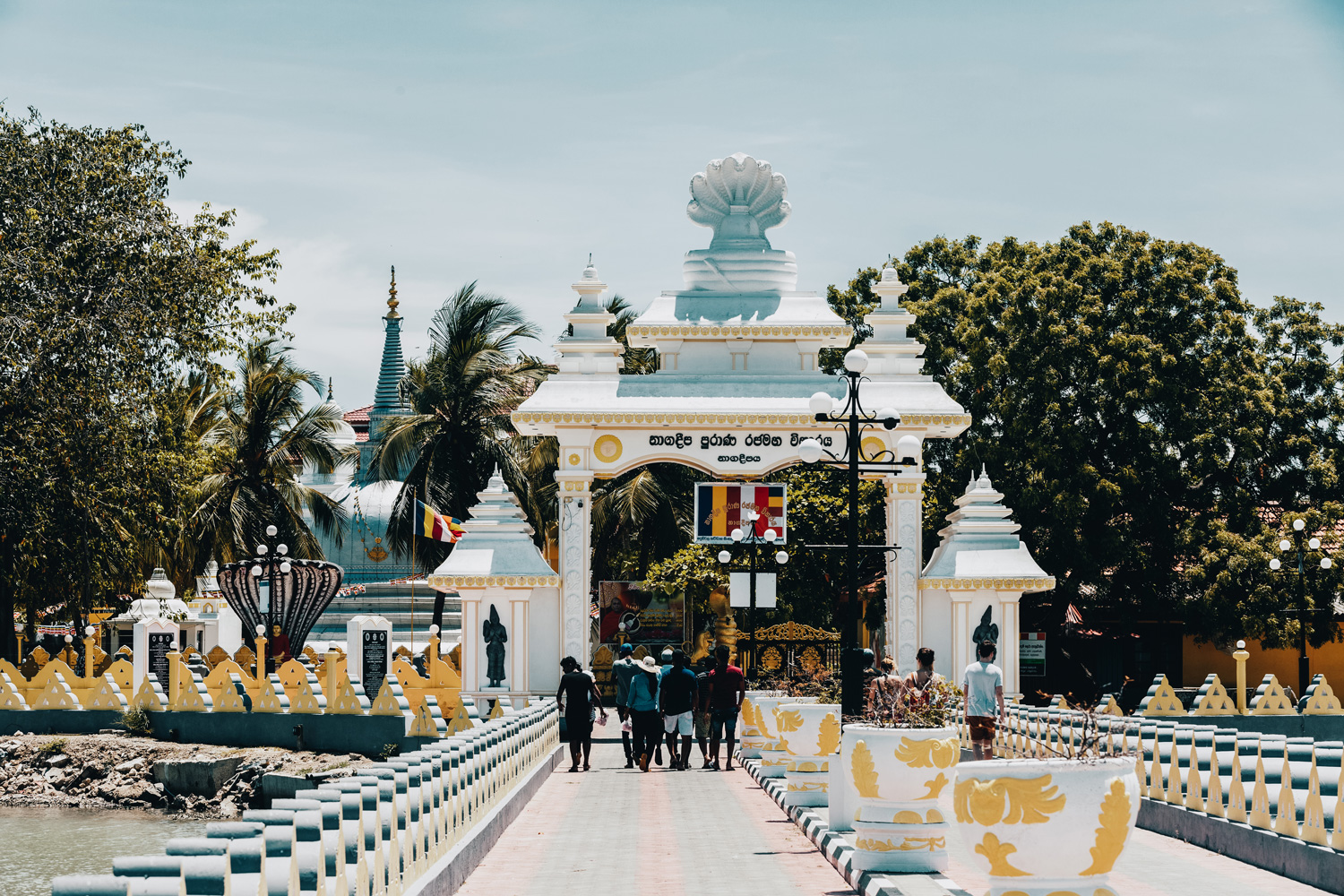 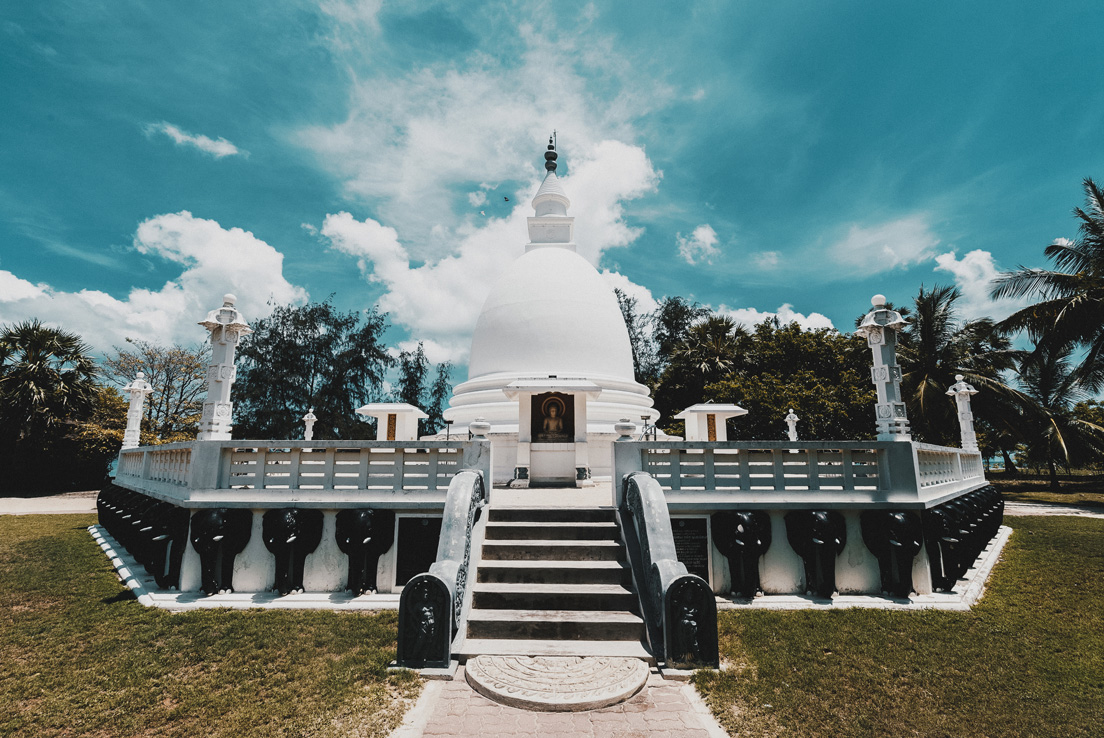 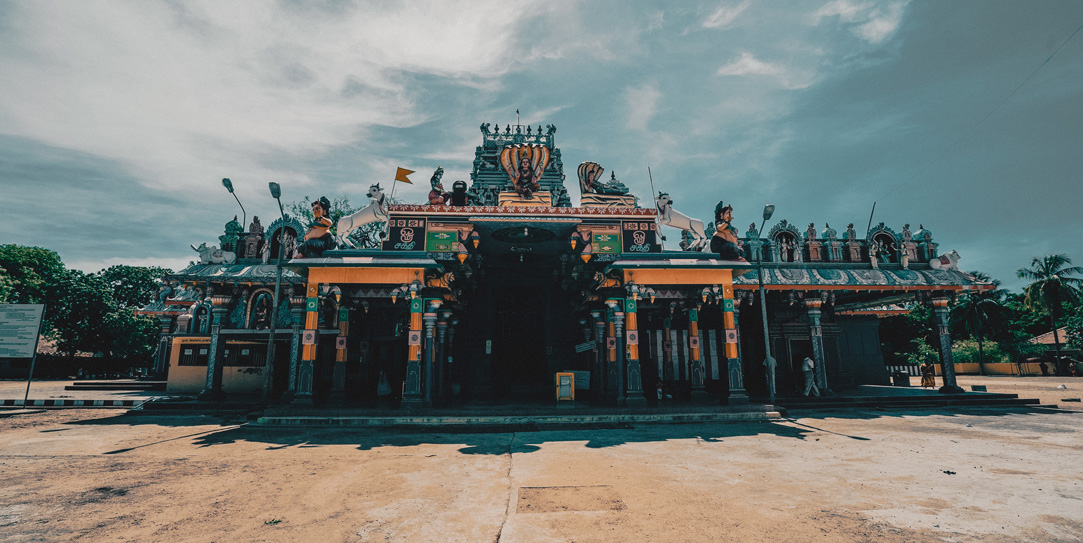 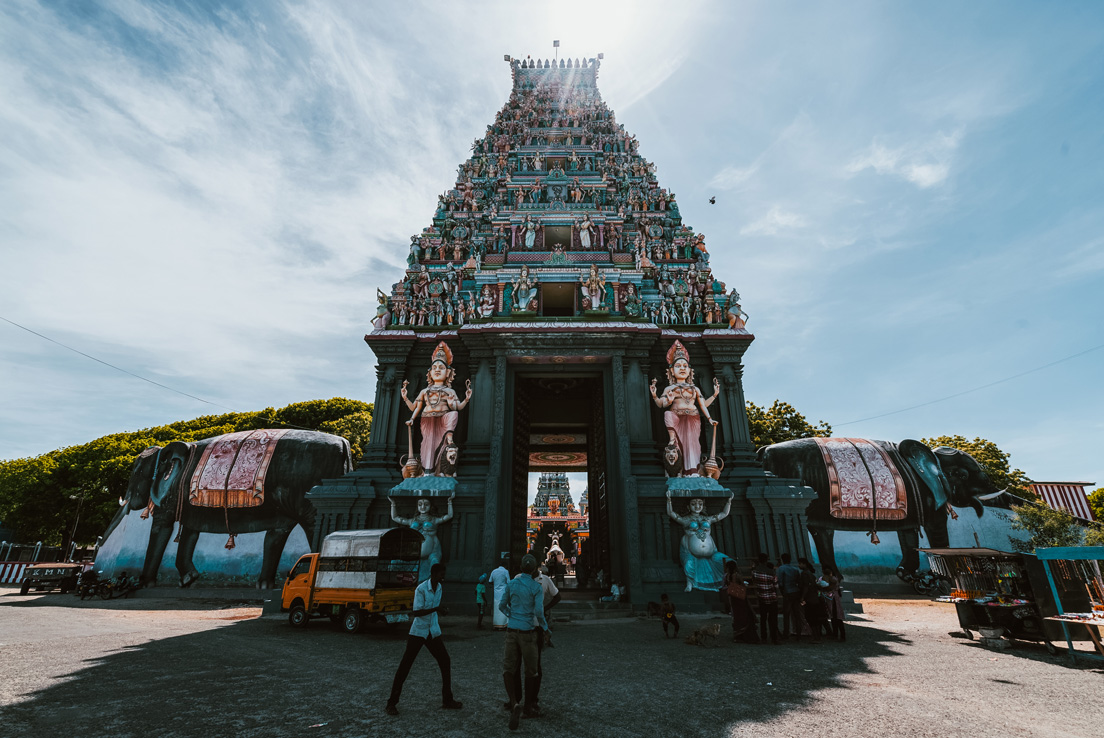 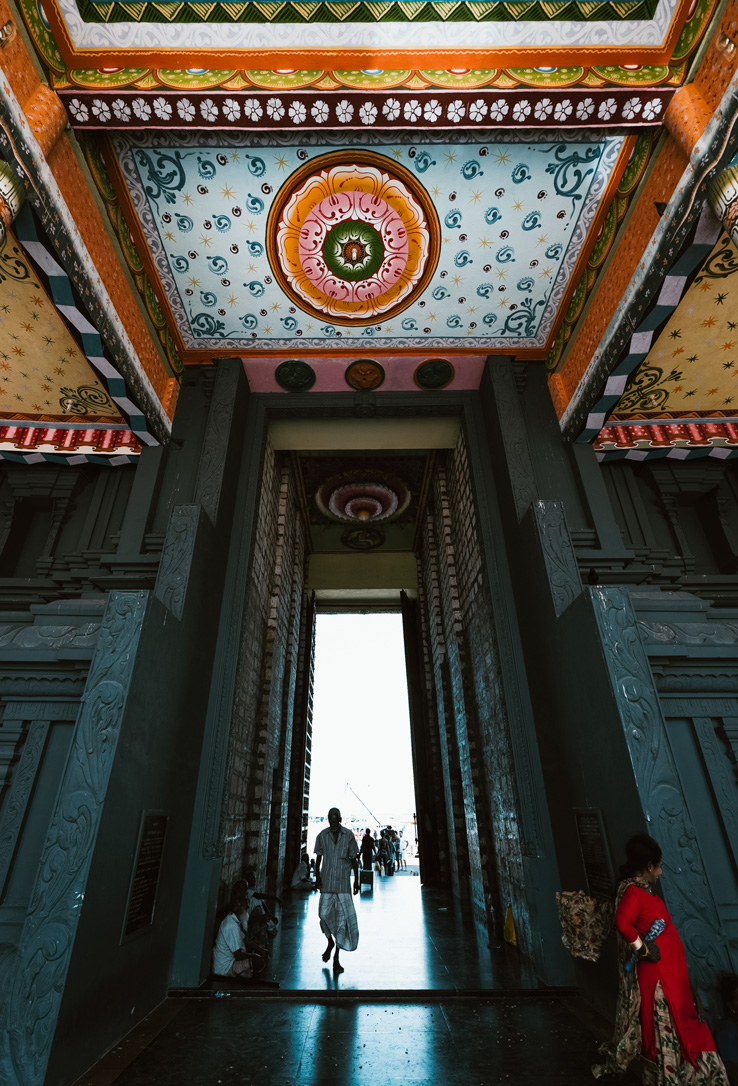 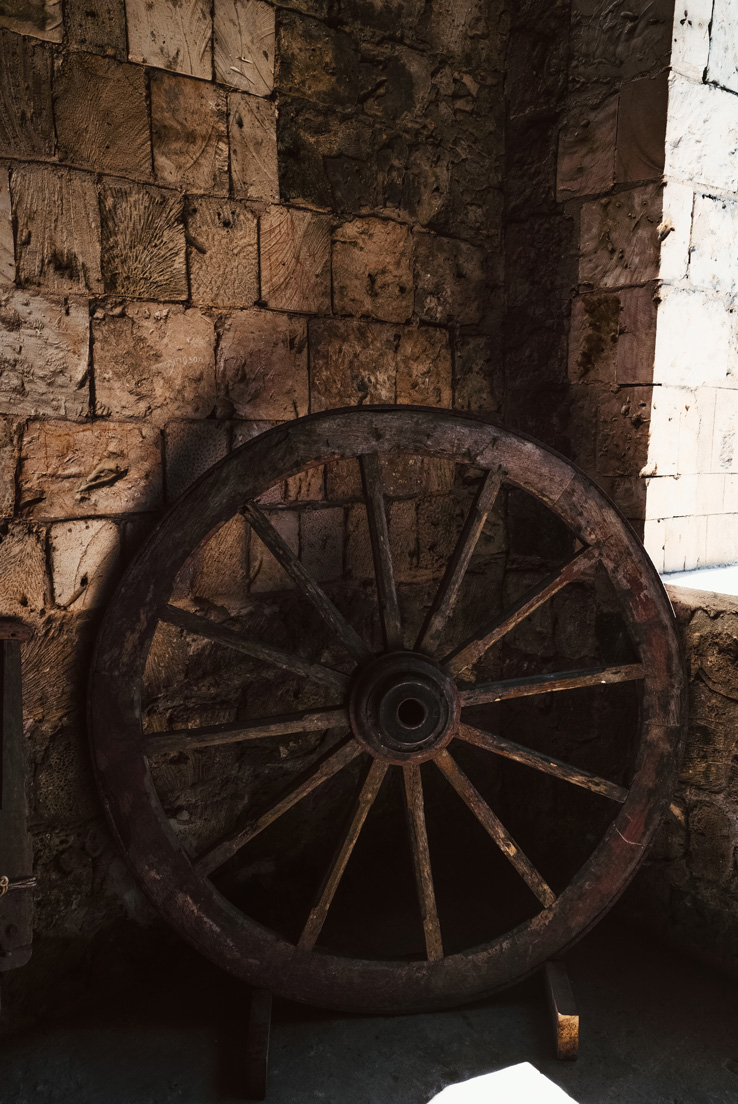 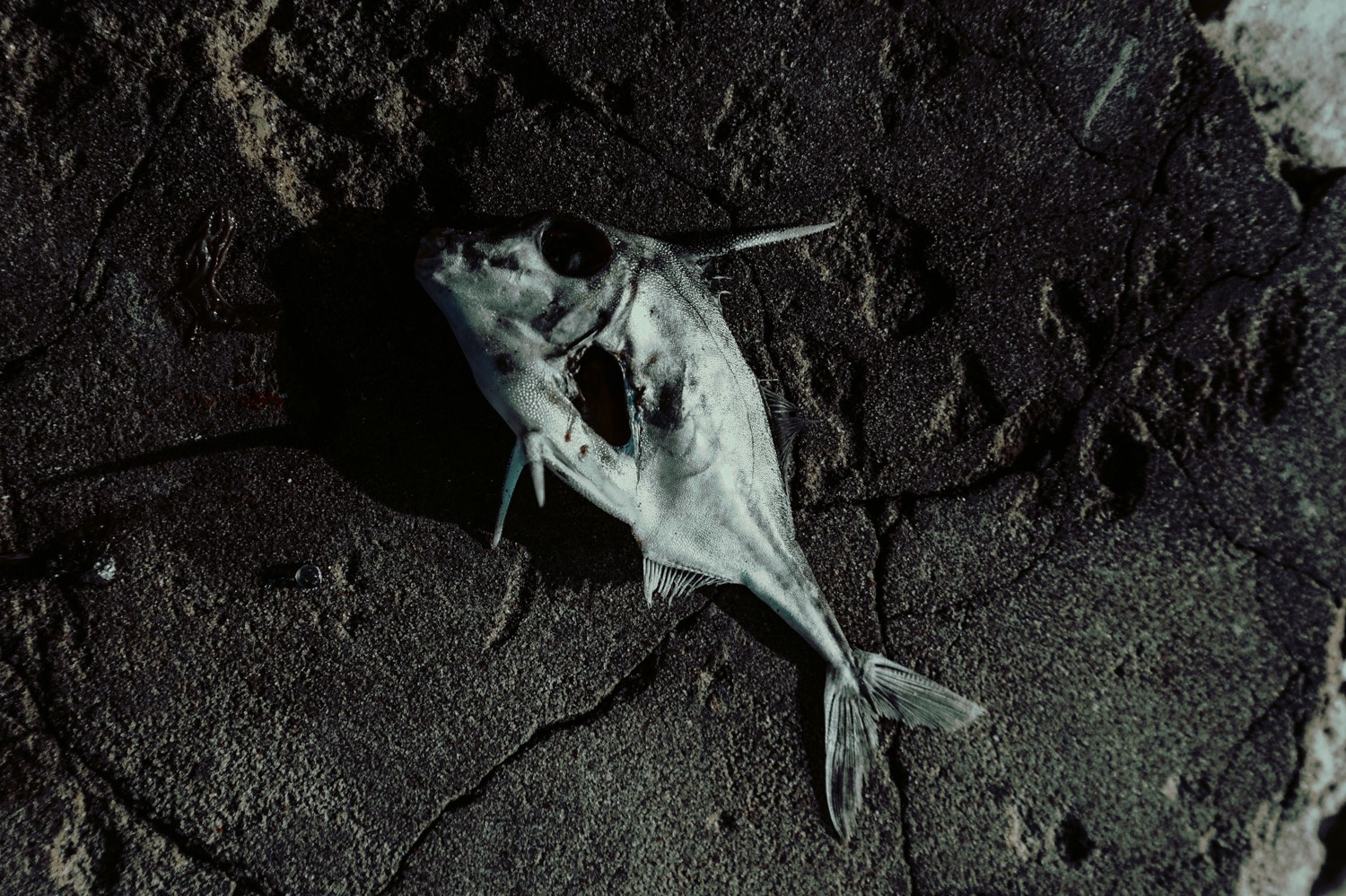 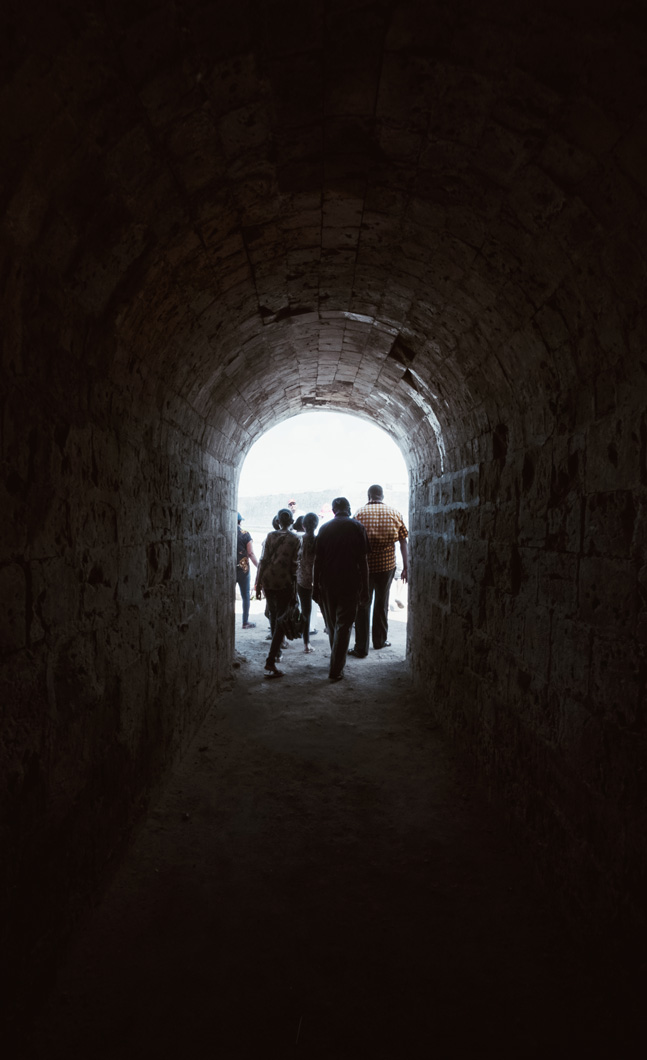 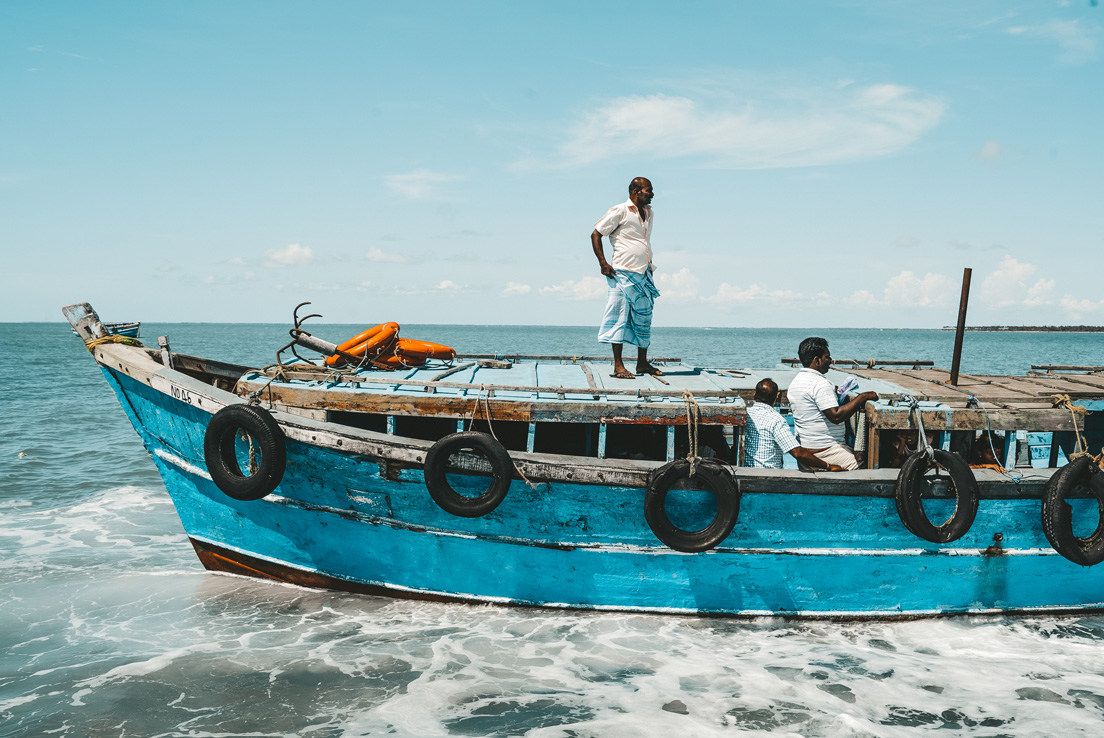 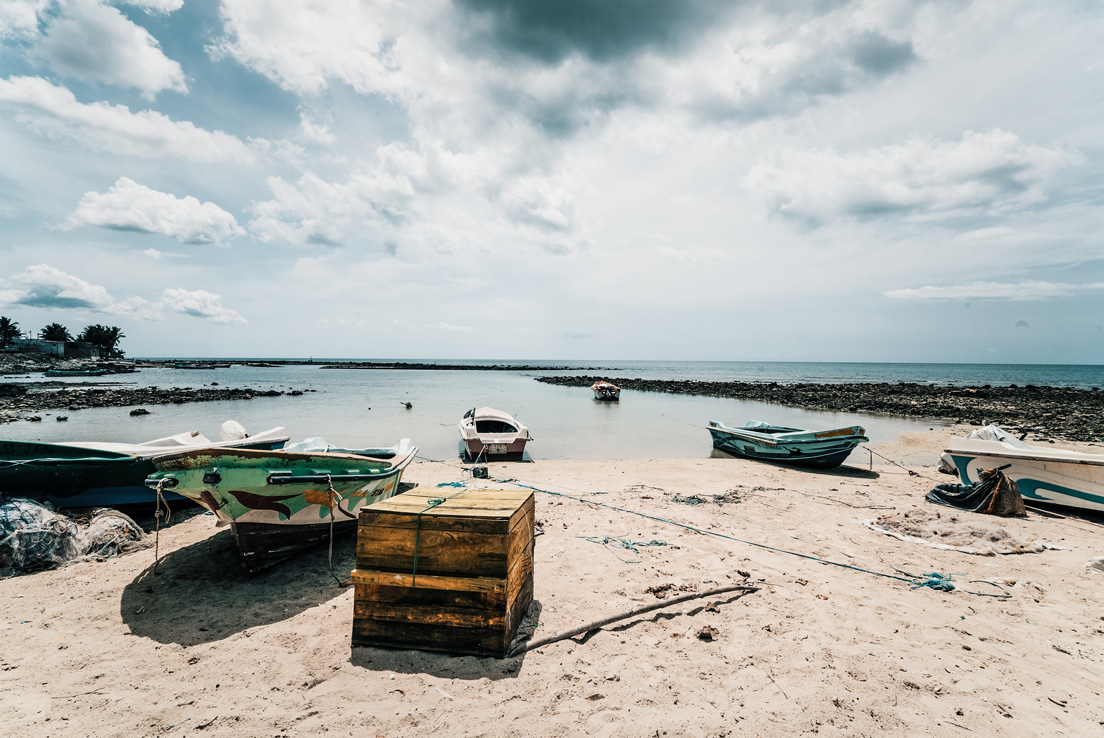 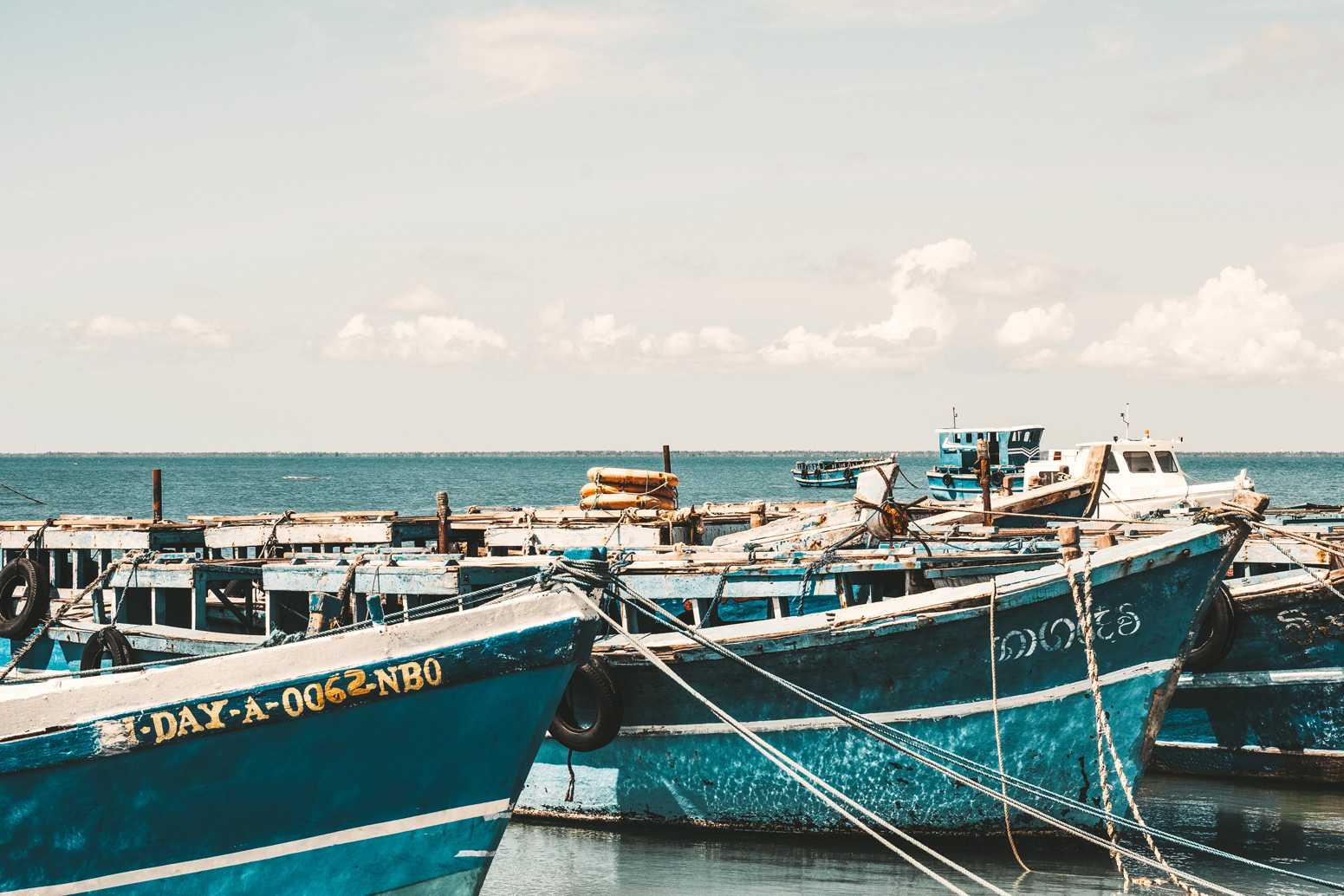 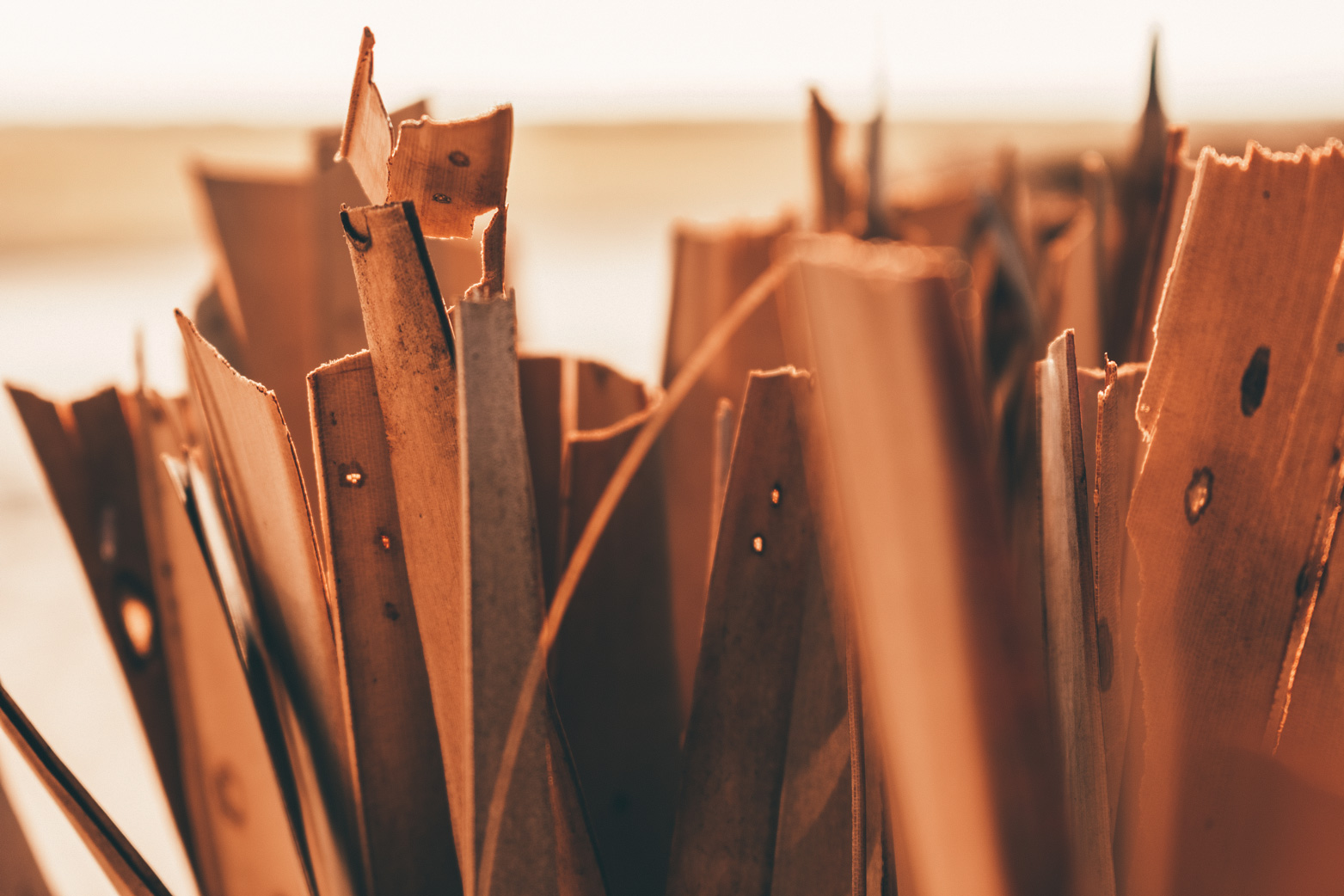 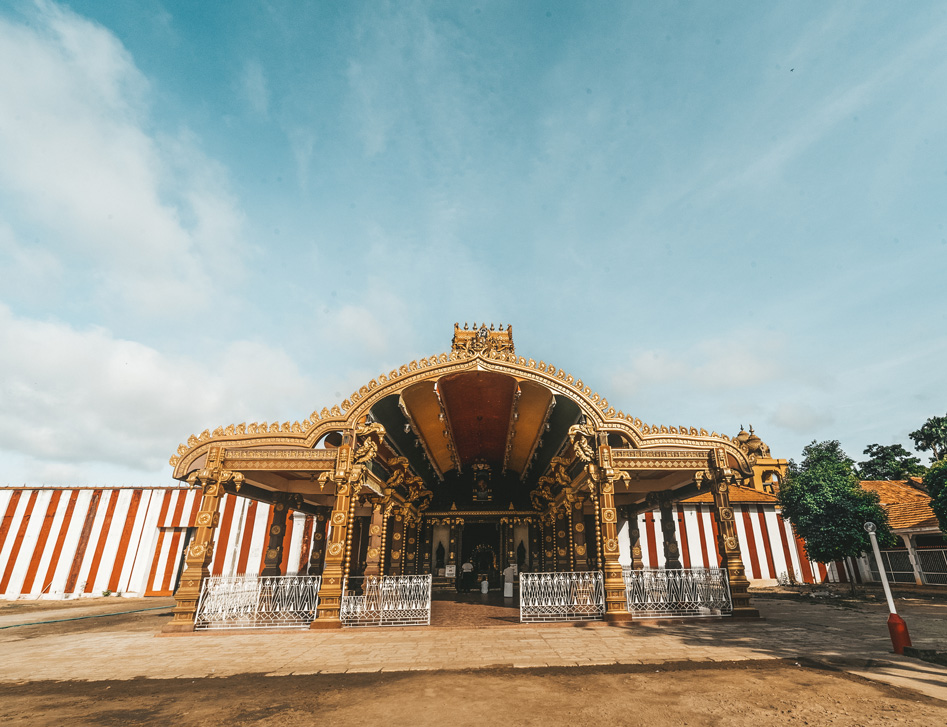 Nallur Kandaswamy Kovil (Tamil: நல்லூர் கந்தசுவாமி கோவில் Sinhalese: නල්ලුරුව ස්කන්ධ කුමාර කෝවිල) is one of the most significant Hindu temples in the Jaffna District of Northern Province, Sri Lanka. It stands in the town of Nallur. The presiding deity is Lord Murugan or Katharagama Deviyo in the form of the holy 'Vel' in the Sanctum, the primary shrine, and in other forms, namely, Shanmugar, Muthukumaraswami, Valli Kaanthar with consorts Valli and Deivayanai, and Thendayuthapani, sans consorts in secondary shrines in the temple. 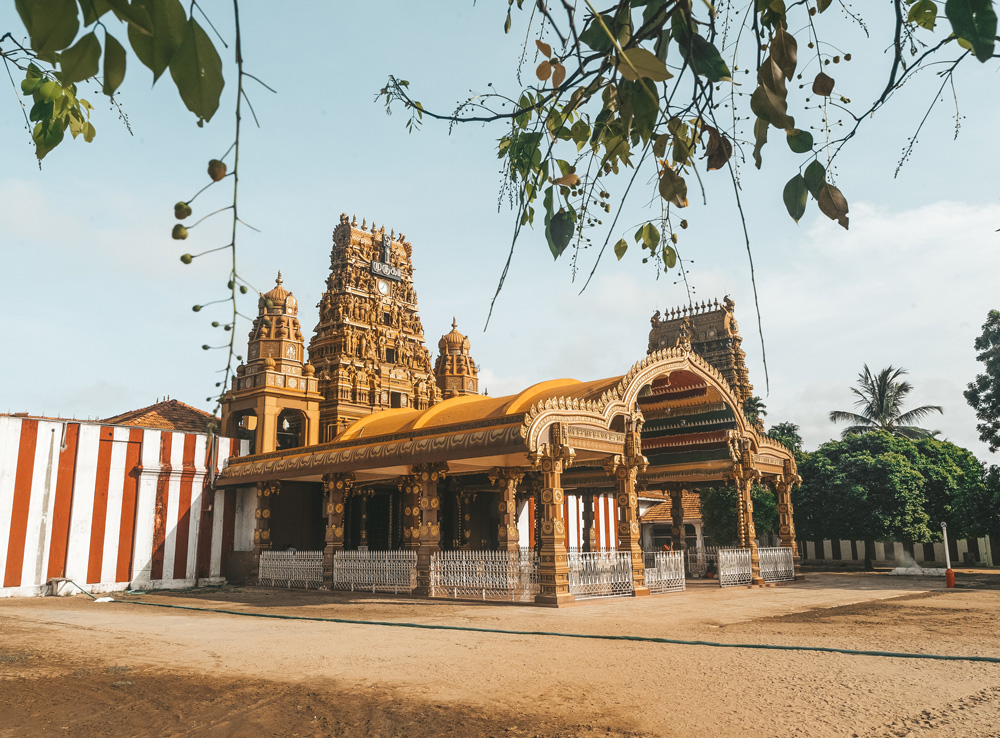 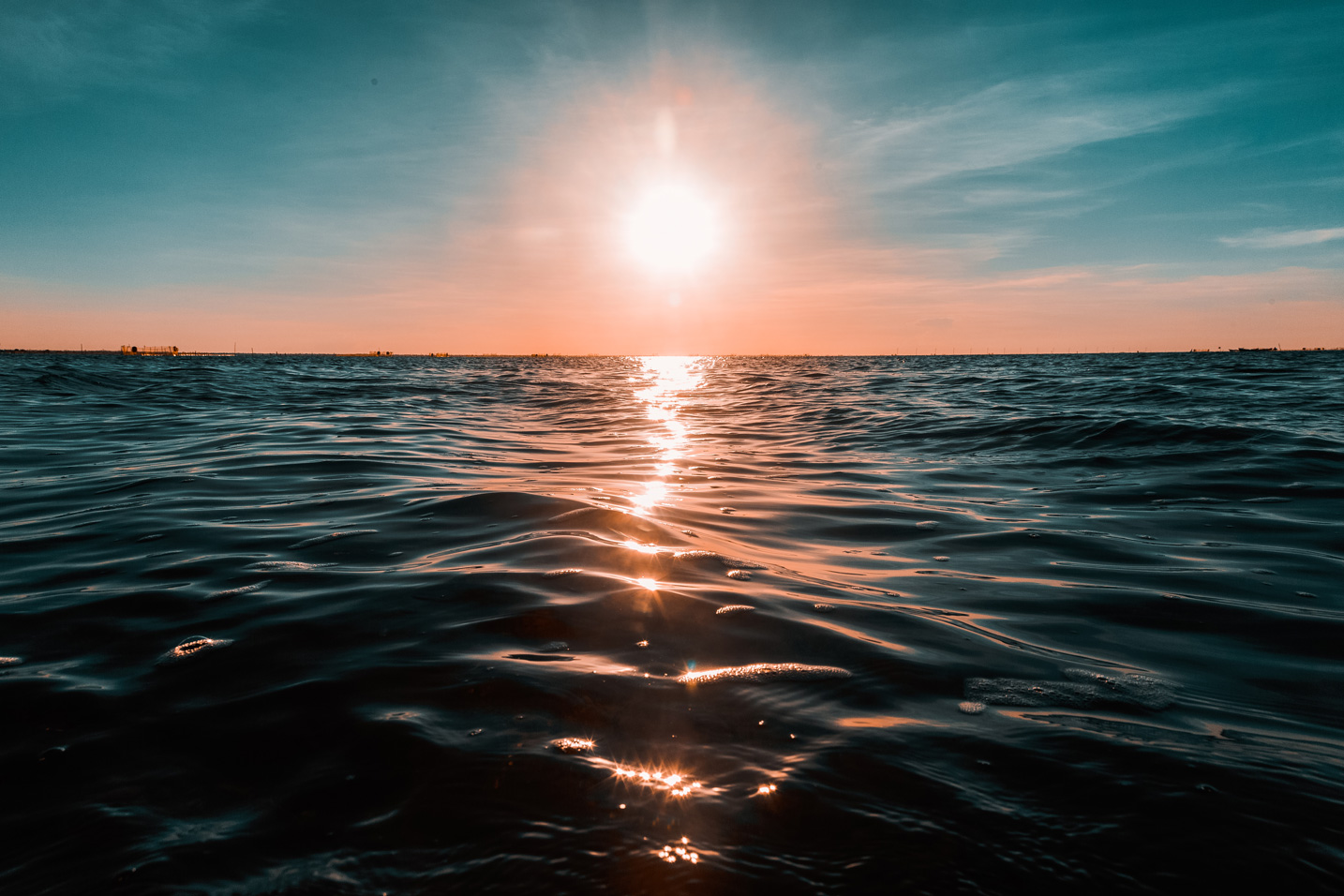 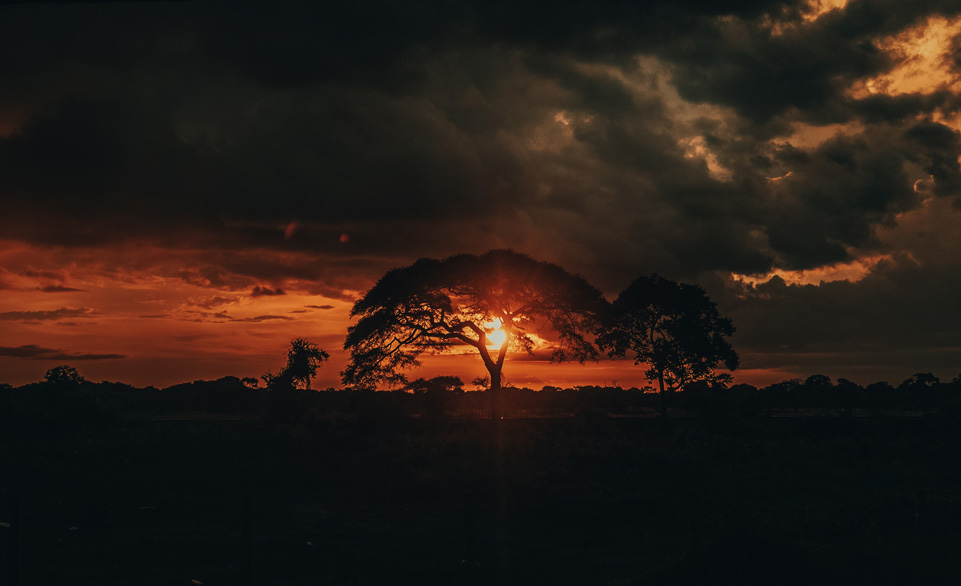 Sangupiddy Bridge (Changkupiddy Bridge) is a road bridge across Jaffna Lagoon in northern Sri Lanka. It connects Sangupiddy in Kilinochchi District to Karaitivu in Jaffna District. It is one of only two road bridges connecting the densely populated Jaffna Peninsula with the mainland. 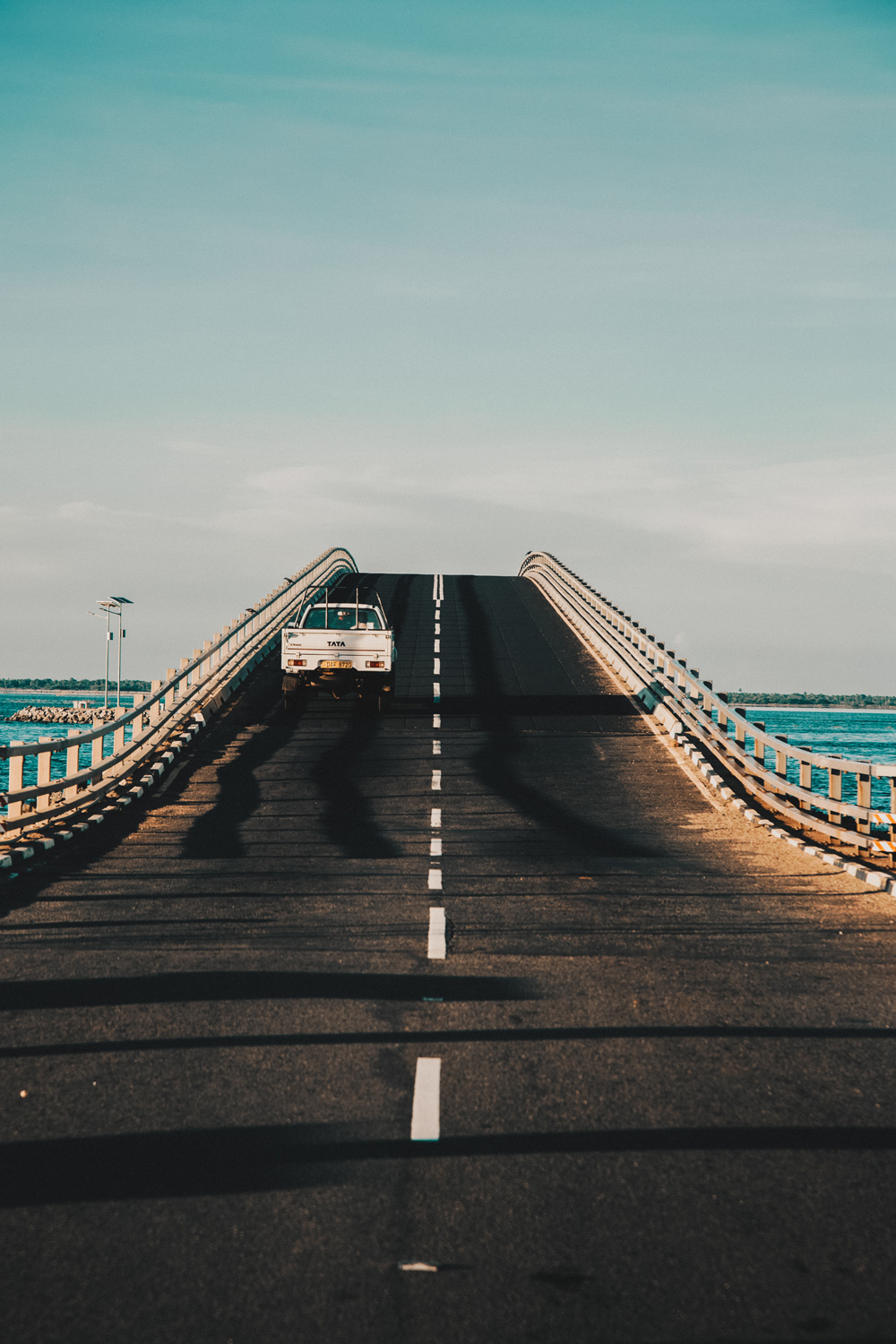 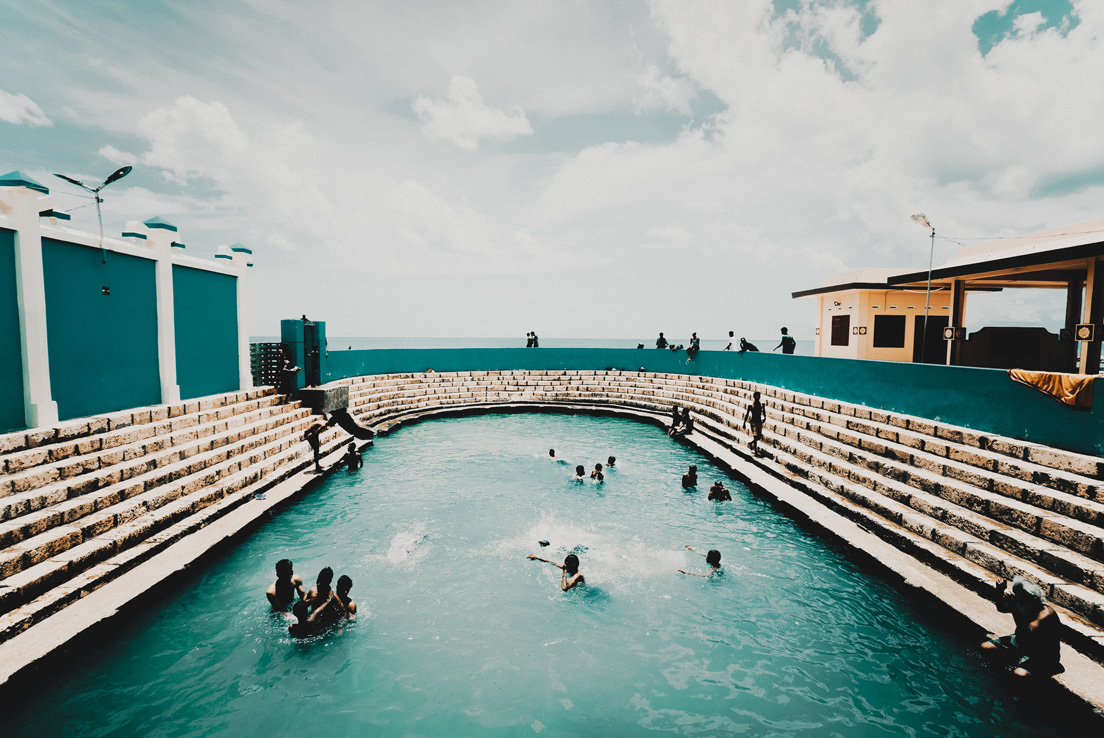 Keerimalai is a natural spring lying next to the sea west of Palaly. A bathing tank is built surrounding this pool and only the walls separate the waters of the spring and the sea. Although the tank is so close to the sea, the water is fresh coming from an underground fresh water spring in Tellipallai-Maviddapuram. The water is not hot. 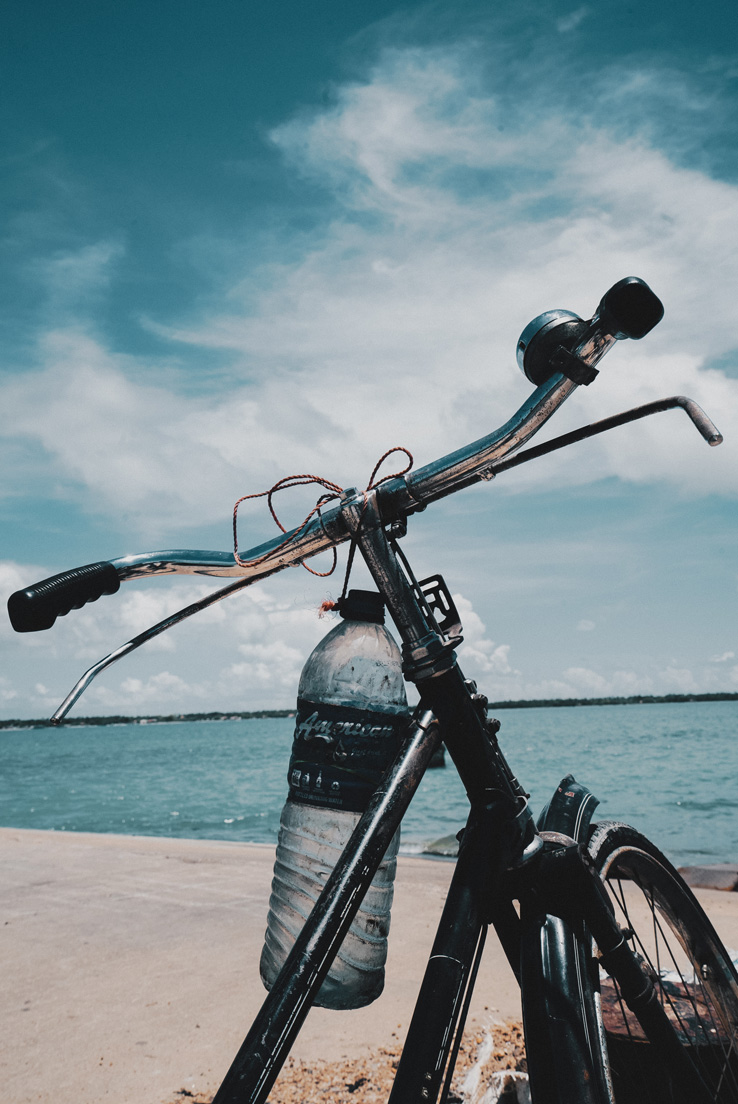 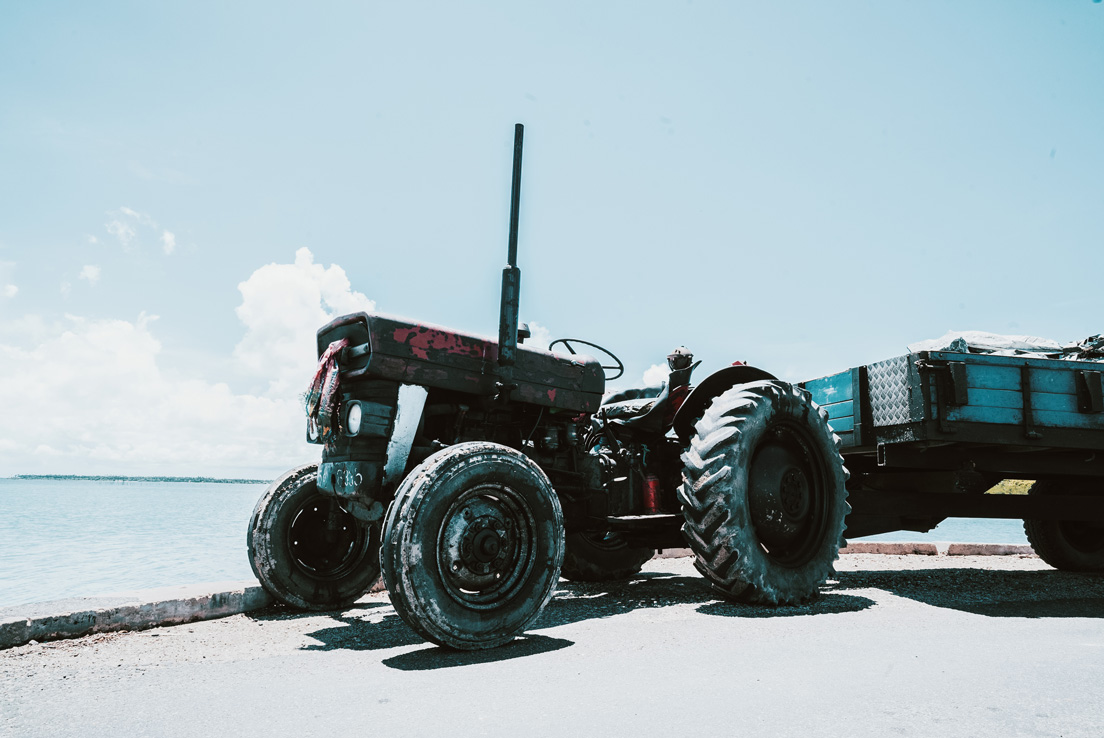 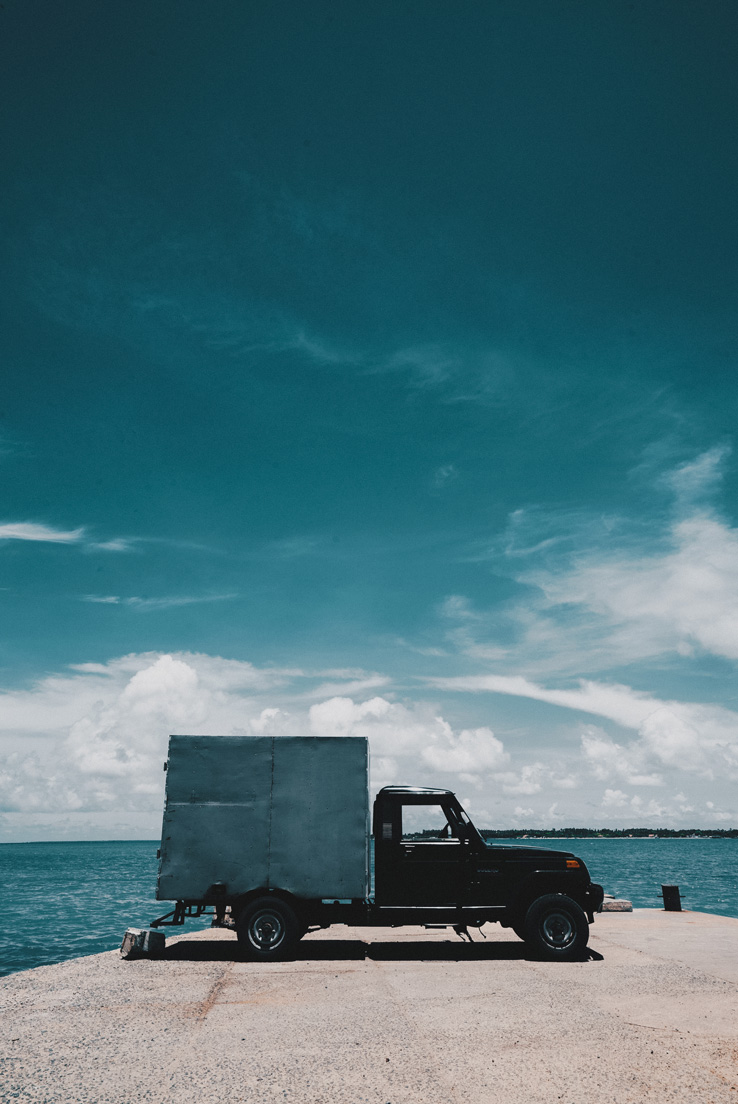 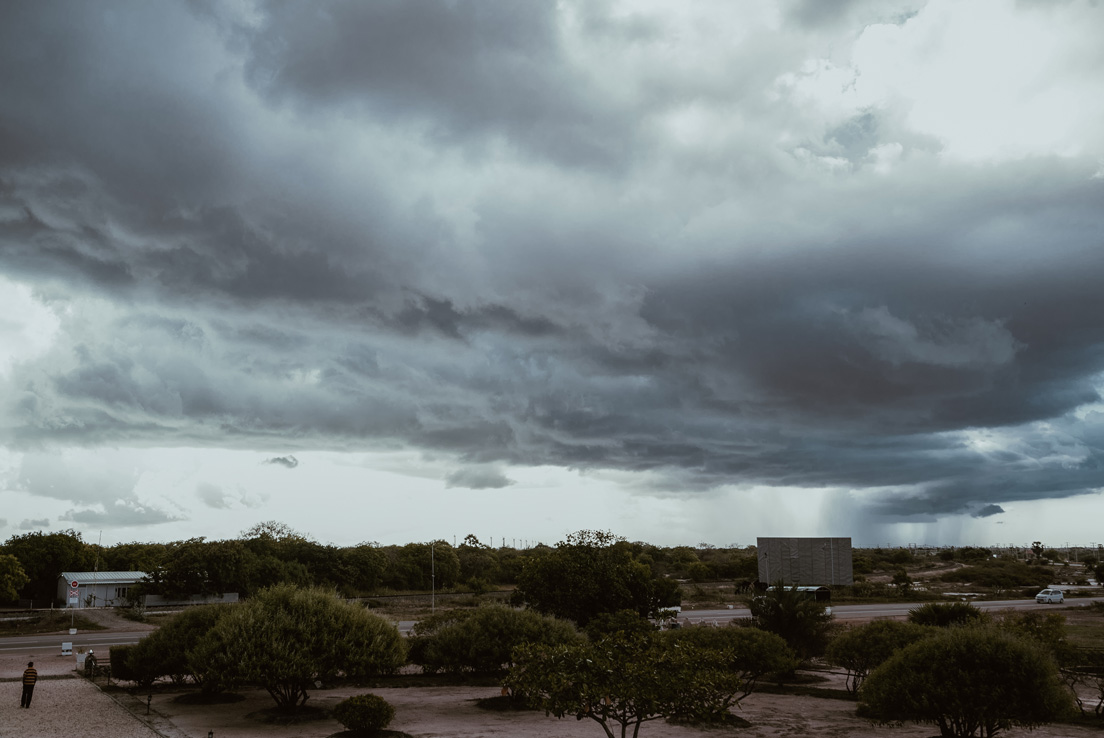 On the way to Jaffna.
Kilinochchi (கிளிநொச்சி, කිලිනොච්චි) is the main town of Kilinochchi District, Northern Province of Sri Lanka. Kilinochchi is situated at the A9 road some 100 km south-east of Jaffna. 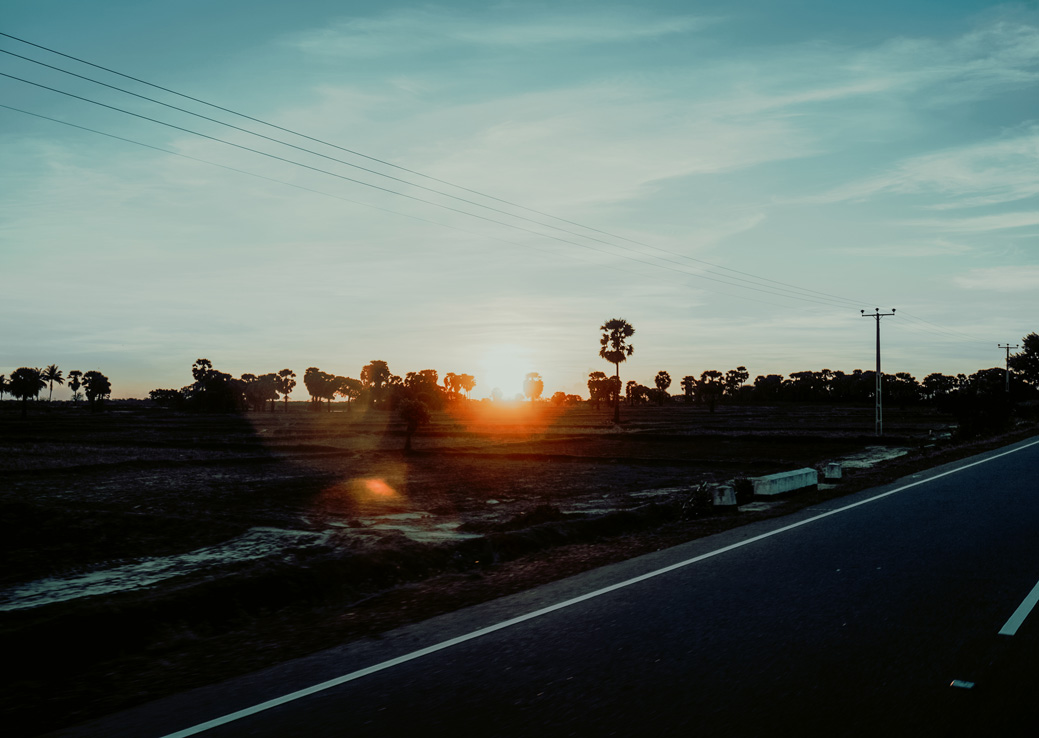 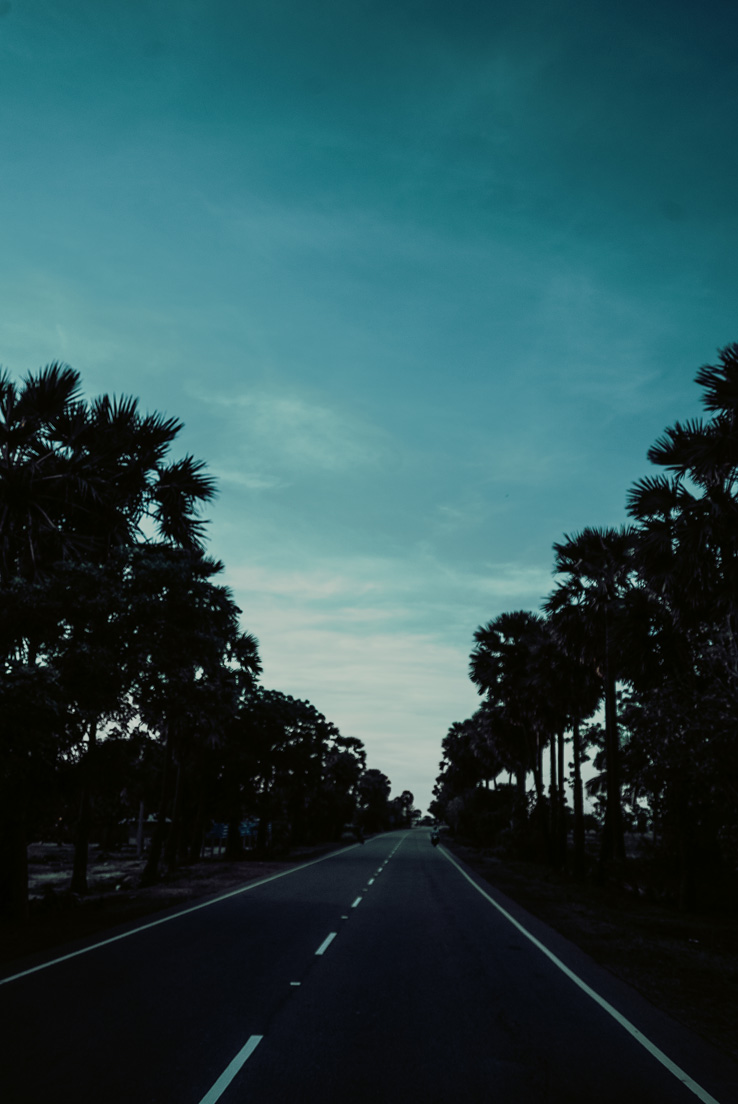 Corporal Gamini Kularatne PWV, SLSR (S/34553) (Sinhalese: ගාමිණී කුලරත්න; 4 September 1966 – 14 July 1991) (commonly known as Hasalaka Gamini or Hasalaka Hero) was a Sri Lankan soldier. He was the first recipient of the Parama Weera Vibhushanaya, the highest award for gallantry awarded by the Sri Lanka Army for his actions during LTTE attack, in which he was killed. 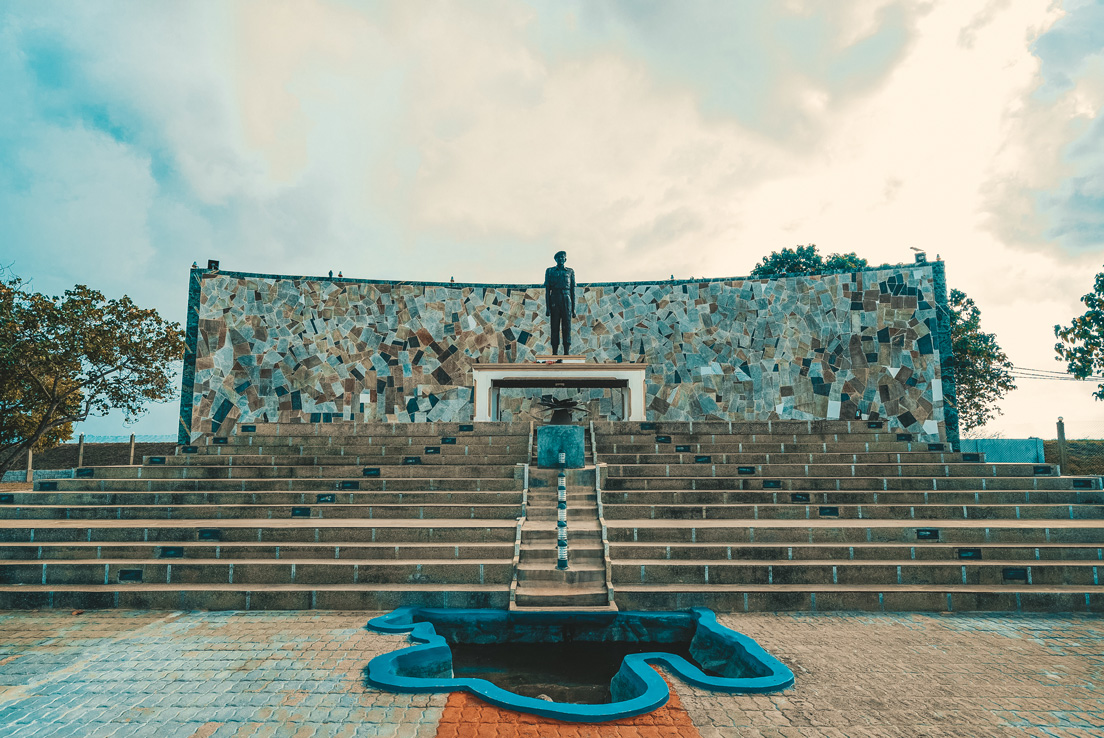 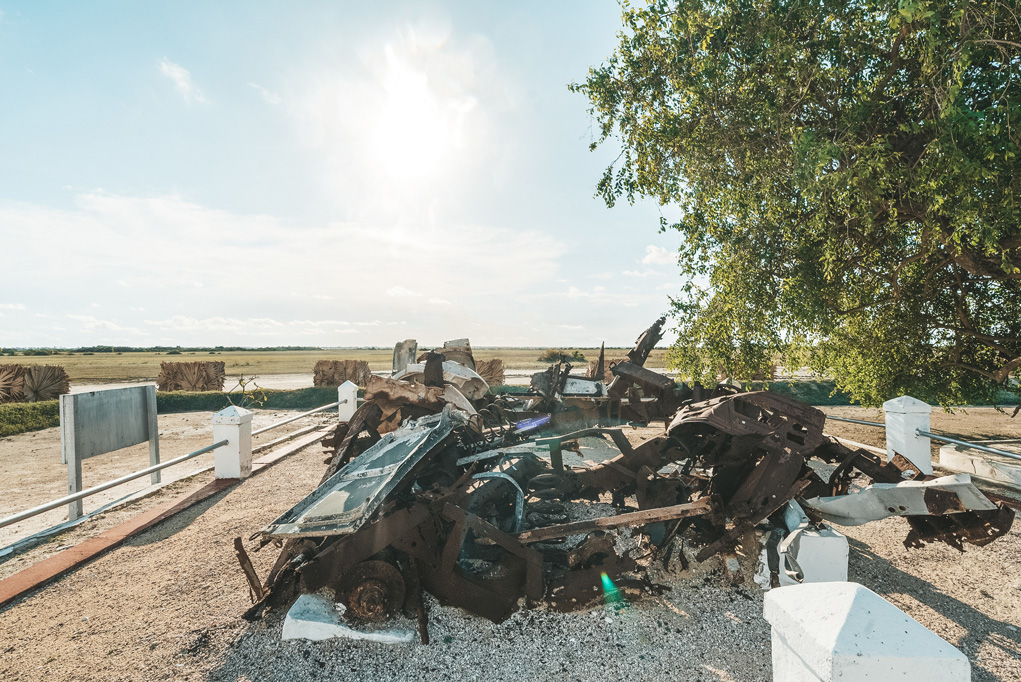 Lieutenant General Denzil Lakshman Kobbekaduwa, RWP, RSP, VSV, USP, rcds, psc, SLAC (Sinhalese: ඩෙන්සිල් ලක්ෂ්මණ් කොබ්බෑකඩුව; 27 July 1940 – 8 August 1992) was a Sri Lankan General. He led some of the most successful military operations in the early part of the Sri Lankan Civil War, such as Vadamarachchi Operation and Operation Balavegaya. He was mortally wounded and his commanders and staff killed when the Land Rover they were traveling in hit a land mine in the island of Kayts while making preparations for Operation Final Countdown the proposed invasion of the Jaffna Peninsula. 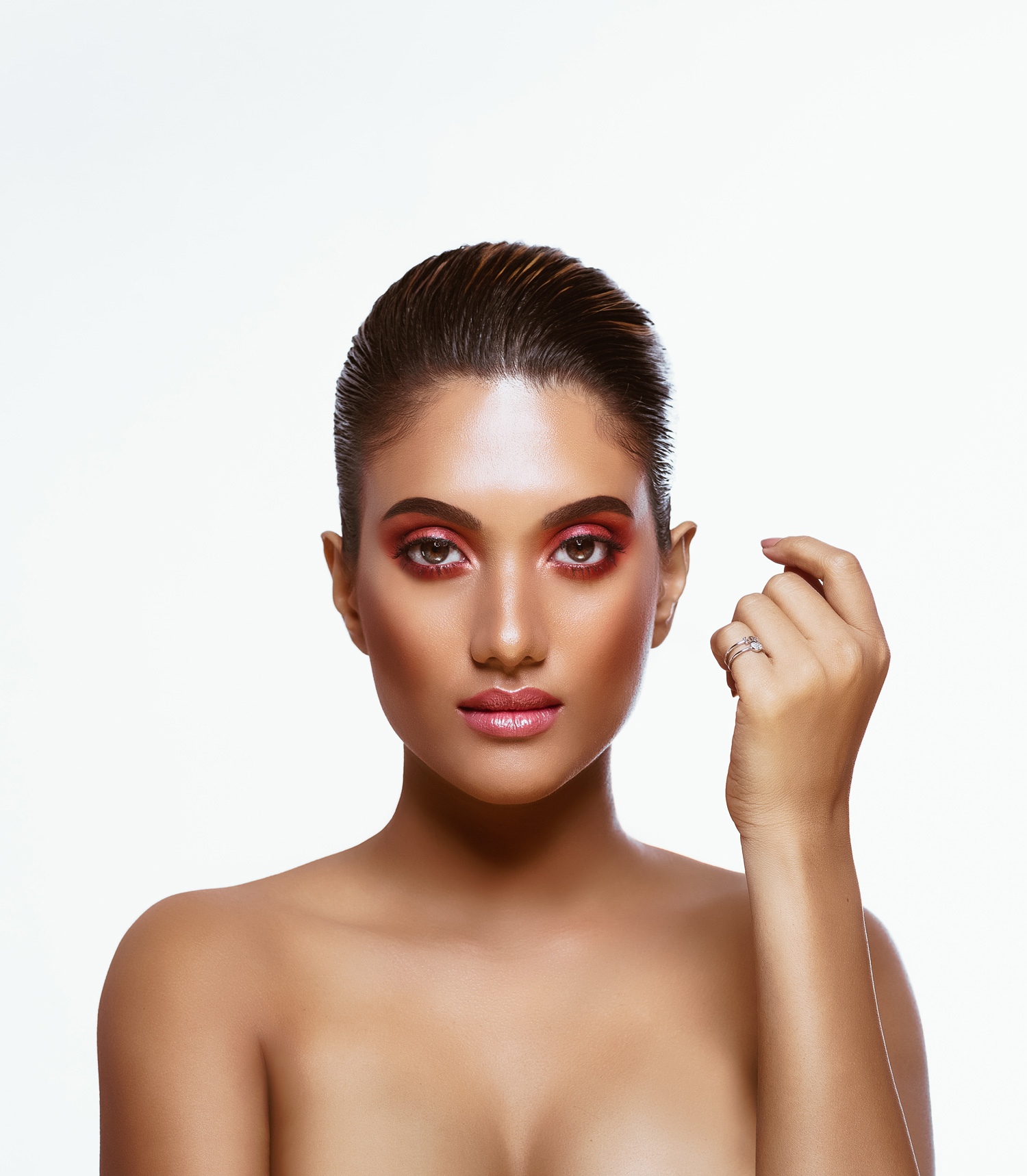